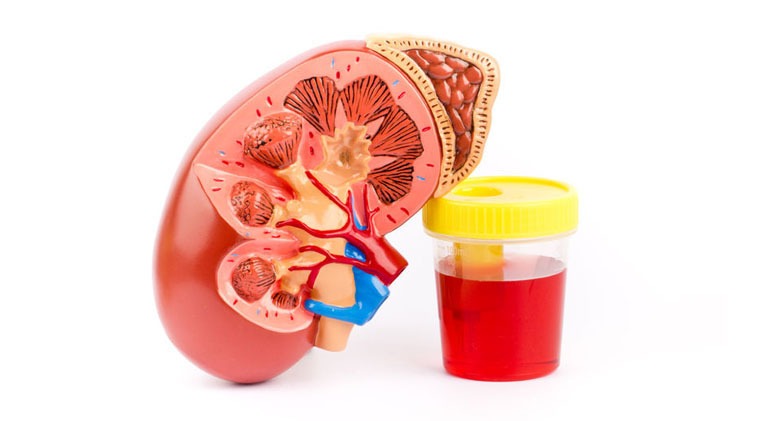 Blood in the urine can be a problem or a disorder. It can also be harmless.

The blood seen when you have a disorder is called gross hematuria. Urinary blood that’s visible only under a microscope (microscopic hematuria) is found when your doctor tests your urine.

Your treatment depends on the cause.
Symptoms

Gross hematuria produces pink, red, or cola-colored urine due to the presence of red blood cells. It takes little blood to produce red urine, and the bleeding usually isn’t painful. Passing blood clots in your urine, however, can be painful.

Bloody urine often occurs without other signs or symptoms.

Immediately you notice any blood in the urine seek medical advice.

Some medications, such as the laxative Ex-lax, and certain foods, including beets, rhubarb, and berries, can cause your urine to turn red. A change in urine color caused by drugs, food, or exercise might go away within a few days.

Bloody urine looks different, but you might not be able to tell the difference. It’s best to see your doctor anytime you see red-colored urine.

When you have hematuria, your kidneys or other parts of your urinary tract allow blood cells to leak into urine. Various problems can cause this leakage, including:

Everybody  can have red urine some of the causes are;